When you think of yourself as a leader or a manager do you give much thought to your body and the impact it can have on your capacity to manage, lead and influence the world? For many of us we rush around and don’t pay too much attention to our body unless it “breakdowns’ such as when we get sick with a cold. Sometimes we are rushing so much that we can ‘forget to breath’ and it is only when we stop and say to ourselves to ‘take a breath’ that we might actually think about our body.

When you think about being a change agent do you consider your body as part of your overall strategy? Many people don’t, however if you want to shift or change your Way of Being, the quickest way to do it is to shift your body. Let’s explore this through a few imaginary practices.

In both these situations your body is moving and shifting, therefore your body inhibits your capacity to ‘be angry’ or ‘be serious’.  So if you are in a situation and you are saying to yourself ‘I am not going to get angry’ then put your body in a posture that does not enable you to ‘get angry’. This posture could be ‘sitting in a relaxed armchair sipping a latte’.

In the case where you want to speak up at a meeting and be observed as competent and taken seriously, the posture could be to ‘hold your head up, shoulders back, both feet firmly on the ground, arms side by side on the table’.

Jeremy Stunt an ontological practitioner has prepared a number of examples of why the body matters for change. He found an experiment that showed whether people are in high-or low-power roles, it is their posture – expansive (wide open and tall) or constricted – that affects the implicit activation of power and the taking of action How you hold yourself has influence on how other people observe you and make assessments about you. These can be positive or negative.

So where does Tarzan fit in? Do you remember the old Tarzan movies – where Tarzan would beat his chest and make a calling sound before he swings through the jungle...strange, but this practice has relevance for you. Research shows that chest beating can reduce anxiety prior to public speaking. The research showed that if you beat (or tap firmly) on your chest, your body will generate additional testosterone and this will take several minutes to dissipate. If you are feeling anxious about giving a speech, training session or talk, beforehand lightly beat your chest (in private) to help calm your nerves and increase your self-confidence.

I invite you to start noticing your body and how it can help you to achieve the results you seek. For a conversation contact nicky@nickyhowe.com
Posted by Nicky at 5:12 PM 2 comments:

Give me a reason to help you: make a request

Last week I spent the day with one of the young leaders from our Engaging Young Leaders in Aged Care project. In the morning we attended a government presentation on the changes to the Aged Care Act and then we prepared the treasurers report for the Board. Our CFO Wynton Maddeford did an excellent job helping this young leader understand the financial statements including the cash flow, balance sheet and the fiduciary duties of Directors. He really enjoyed helping her and sharing his expert knowledge. We then went over the CEO report and the information and decision papers that will be presented to the board. I then invited the young leader to ask my any questions, which I had expected would be about the organisation.

However the young leader asked me a number of thought-provoking questions that were about gaining my personal perspectives on the following:

We spoke at length, one of my main points that I wanted to convey was that whether it was to get to the position of CEO or to overcome challenges, a key strategy I adopt is to ask for help. I make a request. I put myself forward as a learner and I declare I need help. My requests are always answered. I believe that people want to help and support each other. If you are an expert in your field you love to be asked, you want to share with people your knowledge, expertise and advice. The trick is to give people a reason to help you. People don’t know when you are struggling, when you are not sure and often people don’t want to intervene in case they offend.

A request is asking someone to do something, or inviting someone to help/assist you or gaining their cooperation. We make requests because we want to take care of our concerns, to get things done, to coordinate actions, to meet our needs. One of the problems with requests is often people do not make them; instead they hint “I wish she would…” If only he did…” If we are not making effective requests, we may be complaining to someone or demanding things of someone. There are at least two parties involved when we make requests, the person making the request and the person responding to the request.  We are all involved in making and responding to requests every day.  The issue is how effectively are we are at making requests and responding to requests. Sieler (2005) sets out “Tips for Making Effective Requests”. They include:

I invite you to think about your concerns and who you need to make a request to. For a conversation on making effective requests contact nicky@nickyhowe.com
Posted by Nicky at 7:56 PM No comments: 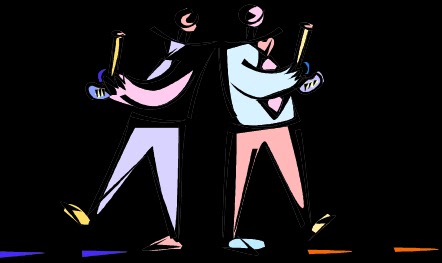 The other day I found myself in the situation where I had been asked to mediate a conflict  between two Line Managers. To put this situation into some sort of context, the breakdown in their working relationship had occurred over 18 months ago and had not been resolved. In their individual meetings with me, each said how they did not trust, respect or accept the others role.

What was interesting is that neither really appeared to realise the impact their poor working relationship was having on other members of their team and the organisation. They did no see how much loss in productively was occurring because of their unwillingness to see each other as legitimate. Both had a tendency to be dismissive of each others views and both held negative ‘stories and assessments’ that were damaging.

Underlying their workplace relationships where issues of:

•    Respect - acceptance and legitimacy
•    Trust - sincerity, competence and reliability
•    Concerns - what was important to them in this relationship and how well were their concerns being addressed
•    Coordination - cooperation to work together and making and managing their commitments of each other
•    Moods - the moods and emotions experienced in this relationship were anxiety, resentment and resignation
•    Conversations - the types that do and don’t happen and how many were happening over email
•    Appreciation - neither offered the other a sense of feeling valued and appreciated for their work efforts
•    Alignment - being committed to working in the same direction, this was dubious and unclear

How do you stop people from dueling rather than dancing? Lets start with what is common with these two practices – two people, agreements, movement, steps.

I invited them "to dance" with me, creating an environment where they could move together by taking constructive steps. I introduced them to the non-violent communication conflict resolution process developed by Marshall Rosenberg. In this process you ask people to:


I sensed at the end of the session that both were relieved. Apart from their plan to move forward, I also put  to you, like in a dual no one wants to 'give in', so my intervention enabled them both to keep face. Secondly, their poor workplace relationship was creating for them an ongoing mood of anxiety which negatively affects their well-being.

For a further conversation on managing workplace conflict contact nicky@nickyhowe.com
Posted by Nicky at 5:33 PM No comments:

Let’s look through another lens on Boardroom Diversity


I was reading the April addition of the Company Director Magazine and come across an interview with Kathleen Conlon who talked to Tony Featherstone about boardroom diversity, the risks of policy on the run, strategy formation and how emerging directors can find their first board position.
By way of background, Kathleen Conlon is a management consultant and board director who is known as a global thought leader in operational and change management.

I was heartened to read her comments about boardroom diversity. She points out how compared to other professional services such as law and accounting, the consulting industry provides fewer board directors. She argues this is puzzling given the need for a director to be able to assess and test complex organisational strategies with limited information and time.
She also contends that too many boards have a narrow specification for directors. This is an issue that emerged at both our Engaging of Young Leaders on Aged Care Boards Unconventions (“Finding Potential” and “Innovation on Aged Care Boards: Challenge Yourself”).

Conlon contends that rather than focus on those with operational experience the focus should be on board members attributes: the ability to think independently, be curious, work well in a team setting and be a leader. I support her views and argue that when organisations recruit board members, we need to consider the types of question to ask to illicit this information from potential candidates. I also suggest to our young leaders – think about how you can demonstrate these attributes when you are being interviewed for a board or committee position.

I have strong views about the need to engage young leaders on Boards and Conlon has strong views on the gender diversity debate. One of our common denominators is ‘groupthink’. Conlon argues that the treat of quotas for women on boards is needed to maintain pressure on companies who lag behind on this issue; she suggests that if this is lifted all the recent good on this issue could be undone.

I am left pondering…
for a conversation contact nicky@nickyhowe.com.au
Posted by Nicky at 6:03 PM No comments:

Sharing your expectations through conversations for clarity and common commitment


A recent coaching client who has been in the role of CEO for just over 6 months wanted to explore with me some concerns she was having with one of the staff members who reported to her.  The CEO offered the following information about the staff member:
I asked the CEO how she felt about this and she said she was frustrated, resentful and somewhat angry that this person did not appear to value her time or the position she held.


When I explored with her what she meant by the position she held she said “Well I am the CEO, so I would expect that as a senior person who reports to the CEO she would have higher standards”.

We spent some time talking about standards - in ontology we use the term ‘speech acts’ which are actions imbedded in language. In this case we are dealing with Assessments, which are our opinions or judgments about the quality of something or someone. So when the CEO was talking about ‘standards’ she has an opinion that a senior person who reports to the CEO would have higher standards.

What is missing here is the need for both parties to agree on those higher standards. The action that the CEO took to address some of her concerns was to set out her expectations of her senior staff and in turn ask them to set theirs out of her. The following are what they came up with:

In summary setting clear standards are achieved through conversational intention. Conversations that focus on the following:


For a conversation,contact nicky@nickyhowe.com.
Posted by Nicky at 3:29 AM No comments: