Lessons from a Leader's Life 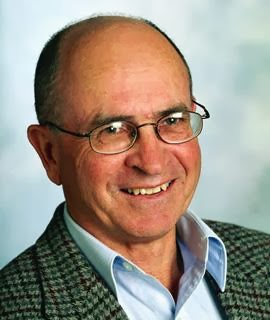 As the year draws to a close so did the life of an amazing man Professor David Plowman. I was fortunate enough to be taught by David who was a Winthrop Professor in UWA Business School. He was the man who started me on my doctoral journey back in 2002. Let me share with you some of David’s story.

The brothers spent one week at Clontarf Boys' Town before being settled in Tardun, 500km north of Perth. There, they attended St Mary's Agricultural College. This meant an unfamiliar institutionalisation with its disciplined routine; physical labour; regimented time-table; mass-produced meals; communal dormitories, showering and washing amenities; and a brutal pecking order.

David said that his experience of child migration was positive. ‘I have been lucky,' he reflected. ‘The experience has been a good outcome for me and my brothers... I have been privileged to have a much better education than most of my peers. Of those who were at Tardun at my time I'm the only one that I know of with a university education.’

David did not take this opportunity for granted. From 1993 to 1999 he was the Foundation Director of the Graduate School of Management at UWA. Prior to this appointment he was the Professor of Industrial Relations and Organisational Behaviour at the University of New South Wales. Professor Plowman holds an Honours degree in Economics from The University of Western Australia. He won a scholarship to Melbourne University where he completed his Master of Arts degree in industrial relations. He completed his doctorate on the role of employer associations in Australian wage determination at the Flinders University of South Australia. He holds Graduate Diploma in Teaching from the University of South Australia. In 1994 Professor Plowman was elected a Fellow of the Academy of Social Sciences in Australia in recognition of his scholarly achievements. These include the authoring or co-authoring over 20 books and over 130 journal articles. His writings have been in the areas of wage determination, employer associations, trade unions and Australian industrial relations. In 2012 he was recognised in the Queen's Birthday Honours List, becoming a member (AM) Order of Australia in the General Division.

But there is much more to David than this, he was a very hard worker, he was determined, forgiving, tolerant and generous with his time. He had a strong moral compass and faith in God that guided him. He loved a joke, a glass or two of red wine and the football. He was a husband, a father, a brother, a friend and he was my teacher and mentor… how blessed I was to know and be taught by him. How very valuable are his leadership lessons.

Would you like to be a Foundation Partner to Engage Young Leaders on Community Boards in 2014?

Following the success we’ve had with the 2013 Engaging Young Leaders on Aged Care Boards project where:

You also know that anecdotally CEOs and Board Directors also saw great benefit in engaging young leaders in the sector and developing partnerships.

We are launching the prospectus for the 2014 Engaging Young Leaders on Community Boards Program.

To date we have four Foundation Partners ( Southcare, Ruah, Mercycare and Baptistcare)

I would be please to  come and talk to you about this project and understand if you think your organisation would like to be a Foundation Partner.
Posted by Nicky at 5:40 PM No comments:

Expand your leadership by firstly expanding your body

As an ontological coach I work with clients in the domains of language, emotions/moods and their body. Through this approach I am able to support people to transform their ‘Way of Being’ so they can be at their most resourceful best. So when a client of mine was seeking to expand her current business, I invited her into the following practice:

"Stand with your body upright. Now hold up your arms and start stretching out – one side at time. Now stretch back, now stretch up and stretch forward. Stand on your tippy toes and start reaching up and out. I invite you to do this two minute exercise every day and start to observe your thinking and your mood".

So why did I ask her to do this?

By moving your body you are able to move our thoughts and your emotions and moods. This practice is linked to the work of William James who is often referred to as the father of psychology. He was also known for the American philosophical approach called pragmatism and he developed a philosophy of the 'embodied mind'. James contended a general law that “no mental modification ever occurs that is not accompanied by a bodily change”.  That is mental changes (i.e. shifts in thinking) inevitably involve a bodily change.

So if you want a shift in how you think about a problem, situation or person, start by shifting your body.

Let me take this one step further, James wrote that we are each a ‘mere walking bundle of habits’ and your habitual ways of thinking and behaving are expressions of mental attitudes incorporated in your bodily dispositions.

So if you want to make changes you have to re-educate your body. In Sieler’s third book Coaching to the Human Soul Vol III, he says that what was clear for James was that the nervous system is constantly changing and therefore so is the dynamic mix of your sensations, feelings, thoughts and body. He highlighted the role of plasticity of the nervous system in habit formation and change and stated that ‘our nervous system grows to the modes in which it is exercised’.

You are a bundle of habits with habitual ways of doing things.  Do you want to expand your:

Then this very simple technique of physically expanding your body is a great start for you!

Being a Westpac Community Leader Finalist in 2013 – A Great Privilege 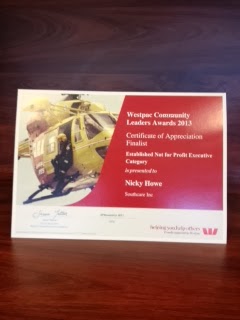 About a month ago I was advised that I had been selected as one of three finalists in the Westpac Community Leaders Awards for Established Not for Profit Executive Category. This category was open to Managing Directors or CEOs whose role is critical to sustaining the effectiveness of a well-established (minimum of 2 years) Not for Profit organisation.


The key initiative that I was nominated for was being an inspiration and driving force behind the Engaging Young Leaders on Aged Care Boards and Committees Project, an idea close to my heart. We had applied for and won a social innovation grant to get it underway, mentored inspiring young leaders to co-create the programme, oversaw the inclusion and collaboration in this project of other aged care organisations; and engaged with state and local media to increase its recognition and profile.
The results of the Engaging Yong Leaders on Aged Care Boards and Committees has been exceptional: 18 young leaders participated in the 4 month leadership program, 5 trainee director programs have been established within aged care organisations, 6 Board Appointments (Trainee and Full), the development of a resources toolkit to assist organisations to recruit young leaders onto their Boards/Committees, 3 Unconventions to connect/exchange ideas and an online community for young leaders with a passion for aged care.  Skills: vision, action, creation, mentorship, leadership, community collaboration, results, profile recognition, resources legacy.

We also were awarded the New Projects Award in June at the ACSWA 2013 Excellence in Care Awards and launched at Southcare in July 2013 by the Hon. Malcolm McCusker.

I look forward to the next phase of the Engaging Young Leaders on Community Boards and thank Westpac for the privileged of being one of the inaugural Westpac Community Leaders Award 2013 Finalists – my congratulations to Rachelle Towart, Australian Indigenous Leadership Centre, CEO for winning the award.
Posted by Nicky at 6:22 PM No comments: